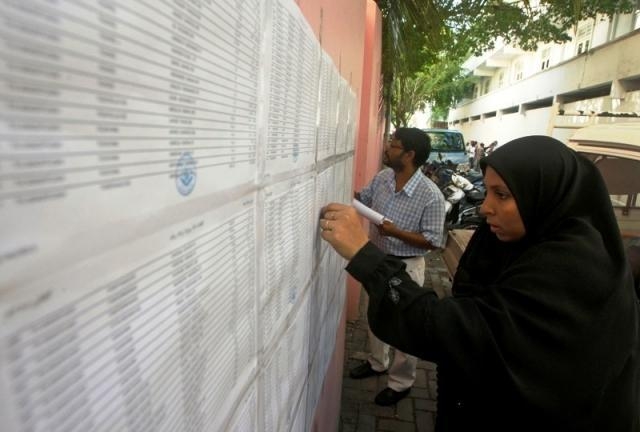 The Elections Commission has said that about 10,000 re-registration forms have been submitted to the commission, by people who wish to vote from a location other than their permanent residences in the second round of the presidential election.

Speaking at a press conference held by the Elections Commission this afternoon, Head of Registration Department Aminath Majdha said that the commission has replied to all 10,000 people who had had submitted forms by last night.

“The exact number of people who re-registered will only be known after the registration process is completed. About 10,000 forms were submitted for Male’ alone. The exact number will be known when we know the number of forms submitted to the councils from the atolls,” she said.

She said that several forms were filed by people who did not vote in the first round, and that the exact number of new voters will also be known when registration is completed.

Referring to the ballot boxes to be placed for the second round, Majdha said that the number of ballot boxes will be determined after the final list of voters is prepared.