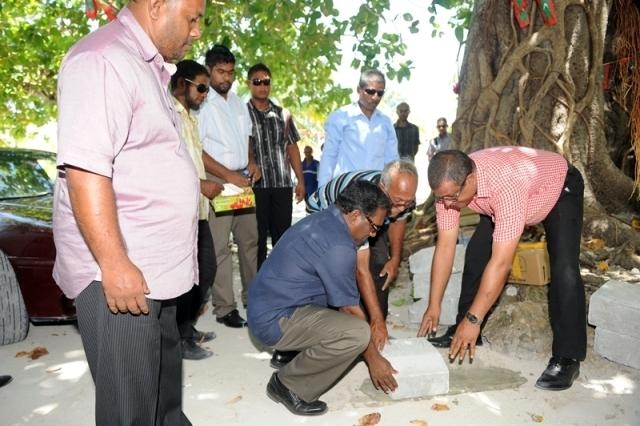 Speaking at the ceremony in Hanimaadhoo, the President noted that the inauguration marks the start of a historical project, which will have great future benefits for the people of the island. He hopes for the project to completed within 4 to 5 months, the President said.

Recalling that the island already has an ongoing sewerage system project and noting the natural beauty of the island, the President said that he hopes to see an increase in the island’s greenery, along with the island's development.

Highlighting the brief interruption of the project over a conflict among the people on the method of road construction, the President said that today they must be thankful for, and not complain about the delay that was encountered. He also expressed hopes that the development of the remaining roads of Kulhudhuffushi would be completed soon.

The construction of Ameenee Magu of Kulhudhuffushi was undertaken by the Maldives Road Development Corporation, with Ruhunu Development Contractors and Engineers of Sri Lanka.