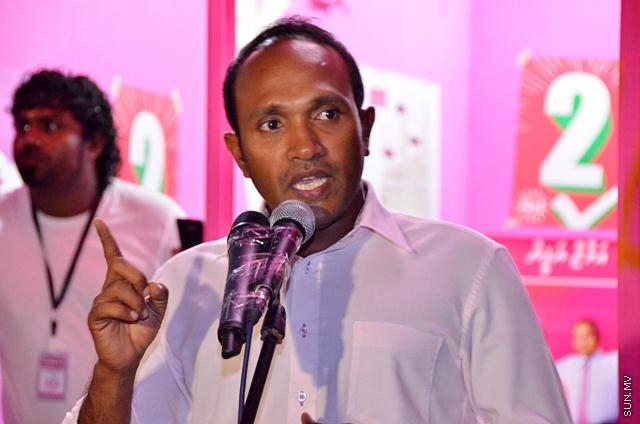 Vice presidential candidate for the Progressive Party of Maldives (PPM) Dr Mohamed Jameel Ahmed said that recent statements by the former Foreign Minister Dr Ahmed Shaheed calling India to invoke the Responsibility to Protect on the Maldives is proof that the Maldivian Democratic Party (MDP) craves power and government, even at the costs of surrendering the country’s sovereignty and independence.

In a tweet on Friday, former Minister of Foreign Affairs Dr Ahmed Shaheed called on the Commonwealth Ministerial Action Group (CMAG) to suspend the Maldives from the Commonwealth, and to request India to invoke Responsibility to Protect on the Maldives.

Speaking to Sun today, Dr Jameel said that a person who is well read in foreign policy and versed in international conventions will not call for a foreign power to interfere in another country’s domestic affairs.

Maldives does not have an ongoing internal conflict, Dr Jameel said, but is currently facing a constitutional issue.

He said that the country’s constitution dictates that the judiciary will decide on all constitutional issues and noted that the Supreme Court is deliberating the recent strife over the presidential election.

“If they are truly aware of what the UN charter says, if they know international conventions and international laws, they will not interfere with internal issues of other countries.”

“Relating to this [presidential election dispute] and calling for the Indian Military to come to Maldives, I believe it is proof that they want power even by sidelining the country’s independence and sovereignty, through whatever means possible,” Dr Jameel said.

In addition, Dr Jameel noted that the Maldives, during former president Nasheed’s presidency, had opposed the UNESCO’s vote to recognize the State of Palestine.

He accused former Foreign Minister Dr Shaheed and current Human Rights Council Special Rapporteur on Iran Dr Ahmed Shaheed of having advocated stances that had damaged the country and the Maldivian people and called on the authorities to take actions against Dr Shaheed.