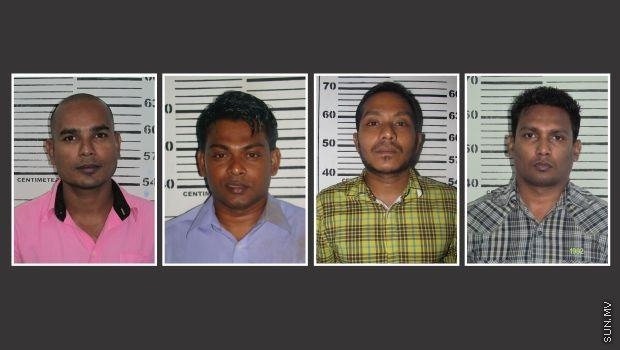 Police has forwarded the cases of four additional individuals to the Prosecutor Genral’s office for prosecution, for the murder of Dr Afrasheem Ali.

Police said that the cases were forwarded to PG on the 23rd of this month and that Azlif Raoof remains in police custody, arrested for other allegations. However, police did not reveal the proposed charges against the four men.

Hussain Humaam Ahmed of H. Lobby, the main suspect under trial for Dr Afrasheem’s murder, told the court he confessed to the murder in court in May, that Adam Solah (Spy) was with Azlif Raoof when Azlif told him (Humaam) that Dr Afrasheem needs to be ‘removed.’ Humaam also implicated the other two individuals, Abdulla Javid and Shaaheen Mohamed during his confession.

Police said that cases against a total of seven individuals have been forwarded to the PG for prosecution so far, for Afrasheem’s murder.

Trials for the two main suspects, Hussain Humaam and Ali Shaan are currently ongoing. Ali Shaan denied the murder charges from the beginning of the trials, where as Humaam had confessed to the murder, but later by denied the charges saying that he was coerced to confess upon threats by the police that they will re-open other cases against him.

The seventh individual, a minor, has been sentenced to eight years in prison for providing false statements during the investigation.