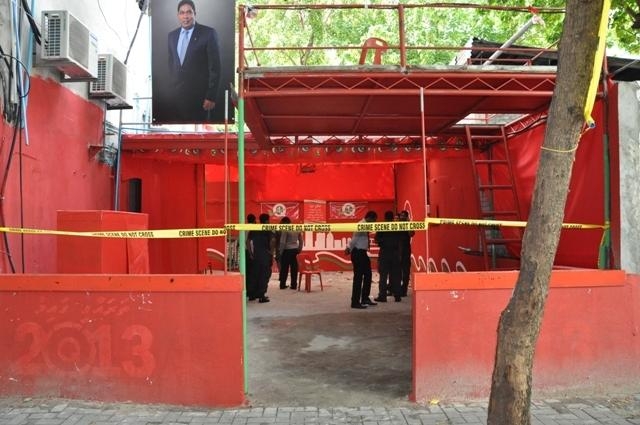 A young man has been discovered dead inside a Jumhoory Party campaign post in Male' near Ameeru Ahmed School in Henveyru.

Sun is aware that the police removed the body around 9:00 a.m. People who witness the body have said that the young man seemed to have hanged himself and that the body is said to have been reported to the police by the deceased man’s girlfriend.

The JP campaign post, located in Lonuziyaarai Magu, is freely accessible to the public and not easily visible from the road.

UN calls for credible, peaceful and inclusive election as soon as possible