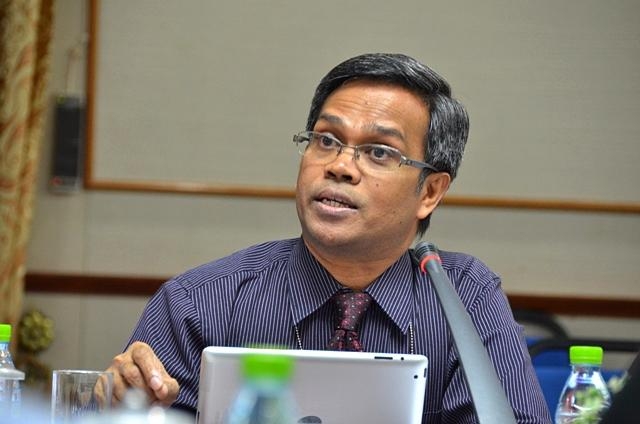 Maldives central bank, Maldives Monetary Authority (MMA) has issued a set of recommendations to the president and the parliament over the government’s presentation of the 2014 budget to the parliament on Wednesday.

MMA Governor Dr Fazeel Najeeb said the recommendations have been communicated while speaking at a meeting of the Parliament Public Accounts Committee on Thursday.

“We have presented a paper outlining certain areas that the parliament and the government should pay attention to in these trying times, especially in terms of the 2014 budget. The parliament must have already received it, and we sent it to the president last Wednesday. It contains recommendations by the MMA Board,” the Governor said.

Dr. Fazeel Najeeb did not give details of the recommendations.

Expressing concern, the Governor noted that the State reserve does not have enough money to balance the increasing deficit and said that excessive spending has overburdened public accounts.

He said the State is at the brink of being forced to print money, which is extremely unhealthy for the economy.

“Parliament must also consider ways to reduce the structure of the State. I think this is very serious. Or else, the value of our money will keep dropping,” the Governor said.

Minister of Finance and Treasury Abdulla Jihad also spoke at the committee meeting. He noted that the State’s recurrent expenses are overwhelming and that all institutions of the State must support the reduction of expenses. He reiterated that the parliament has blocked key legislature that would increase government revenue and ease the State debt.