It is imperative to elect a parliament that cooperates with government: President 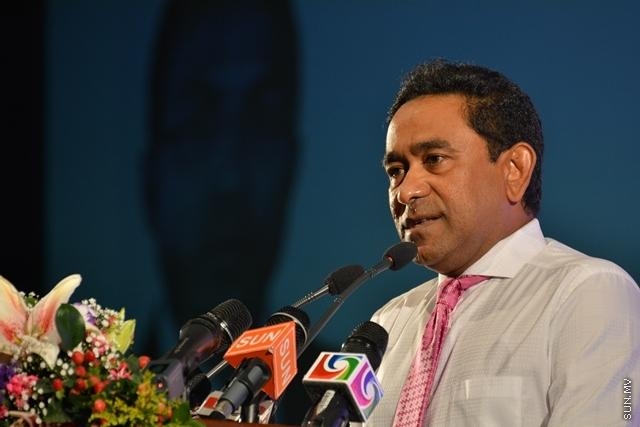 President Yameen Abdul Gayoom has said that it is imperative to elect a parliament that cooperates with the government's efforts to fulfil the needs and aspirations of the people.

The President made this remark while speaking at a rally in Velidhoo, to launch the campaign for the Maldives Development Alliance (MDA) candidate contesting the Parliamentary Election for Velidhoo seat.

He said that the parliament should serve the people, and changes are required in order to achieve this.

“The parliament should serve the people. It is in need of change, and it needs to gain people’s respect,” said the President.

He further said that the parliament should not try to obstruct the government’s efforts towards development.

“If the general rule that they follow is to try to stop everything that is beneficial for the people, that’s not responsible,” he said.

He said that the new government made numerous pledges to the people during the Presidential Election, and it is the parliament that puts the ‘final stamp’ on the government’s efforts to fulfil these pledges.

Electricity problems will be solved for all islands by March: President