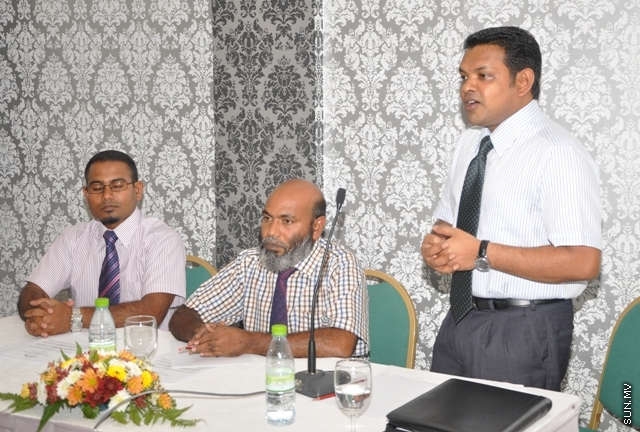 Former information minister and the MP of Kulhudhuffushi South Constituency Hon Mohamed Nasheed said that staff of previous Voice of Maldives and Television Maldives (TVM) cannot work with Maldives Broadcasting Corporation (MBC), since they are very much politically oriented.

Hon Nasheed also said that, it was the reason why he did not come up with the voice asking the government to hand over previous TVM and Voice of Maldives to MBC.

“Everything went right, but due to those who were elected, the whole thing became a political soccer,” said MP Nasheed.

Speaking in yesterday’s forum on the societies working for the betterment of media, MP Nasheed said that finding a solution for the problems in the area would only be possible when the societies started to work together.