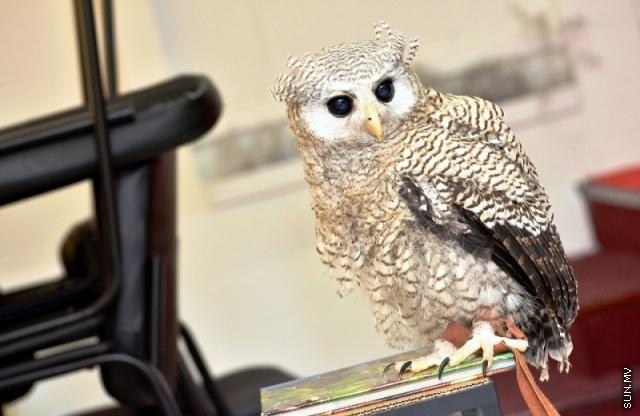 The owner of an owl confiscated from a house in Hulhumale’ by the police has filed a case to Police Integrity Commission (PIC), requesting to press charges against the police officers involved in this operation.

Lawyer representing the owner of the owl, Ali Shah told Sun Online today that the case was filed to PIC a few days after the owl was confiscated by police.

He said that owls are not on the list of animals prohibited in the Maldives.

Police said that the owl was confiscated under a Criminal Court warrant during a search operation for illegal animals that have been smuggled into the country.

Shah said that since owls are not on the list of animals prohibited in the Maldives, police did not act within the mandate of the court warrant.

He said that the owl was seized without the knowledge of its owner and against the will of the people present at home at that time.

Shah further said that the owl was not among the animals exterminated by Maldives National Defence Force (MNDF), and that the owner of the owl is willing to recall the case once the authorities return the owl and apologise.