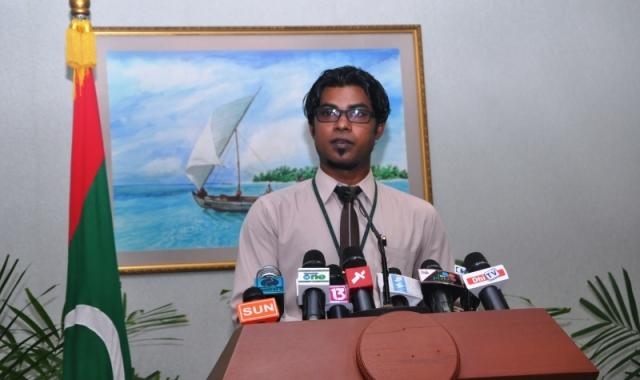 Spokesperson at President’s Office Ibrahim Muaz Ali has said that the government will fully restore the lost rights workers in the Maldives.

Muaz said this in relation to Labour Day celebrations yesterday.

“Several workers lost their jobs due to political pressure during the MDP government. The present government will not discriminate based on political affiliations. We will work to make sure that every citizen, every worker is satisfied,” he said.

He stressed that the government’s policies will ensure that no worker is left behind.

Muaz said that every worker must be given a salary suited to his work, and promised that the government will fulfil President Abdulla Yameen’s election pledge to eliminate the salary gap between state institutions.

Opposition Maldivian Democratic Party (MDP) held a march on the streets of Male’ yesterday to mark Labour Day, after which MDP Interim Leader former President Mohamed Nasheed said that the government was wasting time, and not working on fulfilling its pledges.