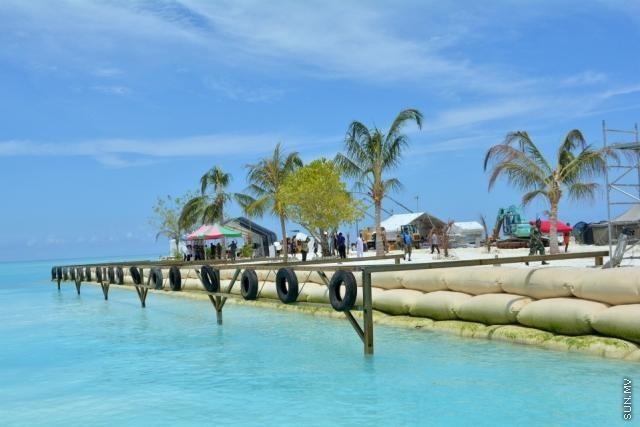 Quoting Indian government sources, The New Indian Express reported on Saturday that General Bikram Singh, who is on a three-day official visit to the Maldives, has held discussion to construct a naval dockyard in Maldives, along with docking facility for commercial ships, a project worth MVR 7.7 billion ($500 million).

“All such topics were discussed. But we will reveal details at a later time,” said MNDF Deputy Spokesperson Captain Ali Ihsan, when asked for a comment on reports by Indian news sources.

The New Indian Express report also said that China too has offered to build a naval dock yard in the Maldives and noted that China recently opened its embassy in Maldives for the first time.

In answer to an invitation extended by Chief of Defence Force Major General Ahmed Shiyam, Chief of the Army Staff of the Indian Army General Bikram Singh arrived in the Maldives on Thursday. The visiting army chief has also paid a courtesy ?call on President Abdulla Yameen Abdul Gayoom.