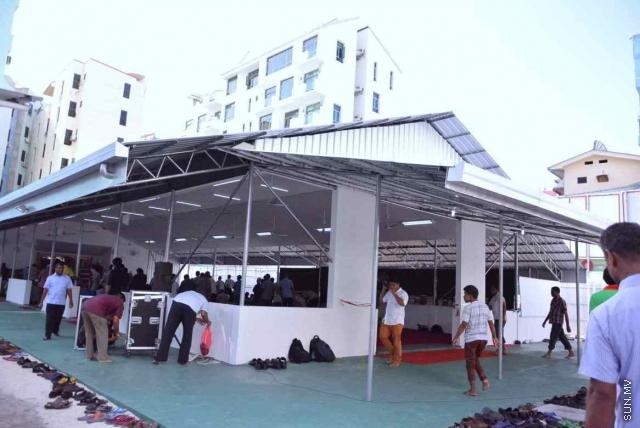 Speaking at the event, Islamic Minister said that the temporary mosque will serve to compensate space restraints caused by the recent demolition of Fandiyaaru Mosque, a key mosque in Maafannu.

Defence Minister revealed at the event today that Maldives National Defence Force (MNDF) officers completed construction of the mosque within 14 days. He said that the fast completion of the mosque is a clear example of their dedication to national service.

The temporary mosque in former Odeon grounds, built for MVR 2 million by MNDF, has a capacity of 800 people and includes a special praying area for women.

State Trading Organization (STO) and Male’ City Council also contributed to the construction of the mosque.