Woman injured after branch falls from tree at Heenaamaage 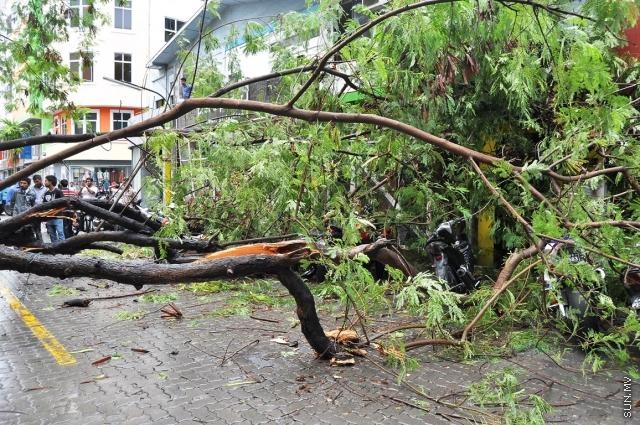 A woman has been injured after a large branch fell on her, from a tree at Heenaamaage near Galolhu Stadium on Majeedee Magu in Male’.

The police said that the branch fell due to strong winds at around 12:10 p.m., and that the woman who was injured in the incident is undergoing treatment at ADK Hospital.

Her condition is unknown as ADK Hospital was not available for a comment at the time of publication.

Sun journalists reported from the scene of the incident that the branch had fallen across Majeedee Magu, blocking the road.

Four parked motorcycles and a shop were also damaged by the falling branch.

Police and security officers are present at the scene.

Search for Rilwan expanded to include sea