Court to deliver verdict on case against Shaan on 7 September 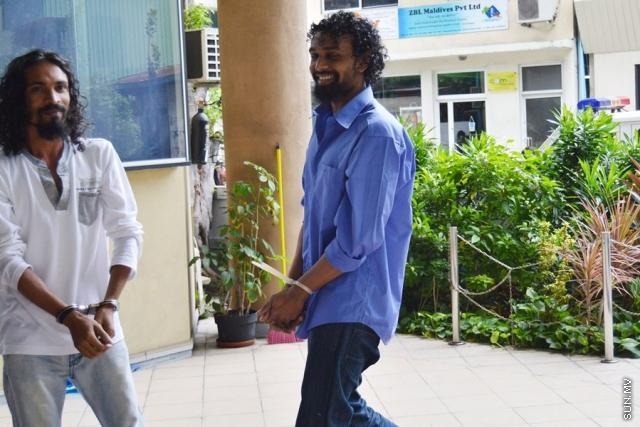 The judge presiding over the case against Ali Shaan for the murder of religious scholar Dr Afrasheem Ali has announced that the verdict will be delivered on 7 September.

This was announced at the trial at Criminal Court today, following the completion of the presentation defence statements for this case. The judge said that the concluding statements will be presented on 28 August, followed by the delivery of the verdict on 7 September.

A fifth person gave his testimony in Shaan’s defence today. Similar to the other four people who spoke in Shaan’s defence on 13 August, Ubaidulla Saeed said today that he saw Shaan at Jalapeno Restaurant after 9:30 p.m. on the night of the murder, 1 October 2012.

Ubaidulla said that Shaan was having coffee with some friends at the restaurant, but after a while left on his motorcycle with Abdulla Naseer ‘to go for a ride’.

When asked by the judge if anything special happened in Male’ that night, Ubaidulla said that he was at Dolphin Café at around 1.30 a.m., when he heard on the news on TV that someone had been stabbed, and shortly afterwards, that Dr Afrasheem had been murdered. Ubaidulla recalled that at that time, Shaan was probably at Dolphin Café.

While five people have presented statements to defend Shaan, only one person has spoken against him. The opposing witness said that he saw Shaan holding a blood-stained knife and standing next to Dr Afrasheem’s body by the staircase at H. Funvilu on the night of the murder.

Meanwhile, the main suspect in this case, Hussain Humaam has been convicted of murder and given the death sentence, which has been appealed in High Court.