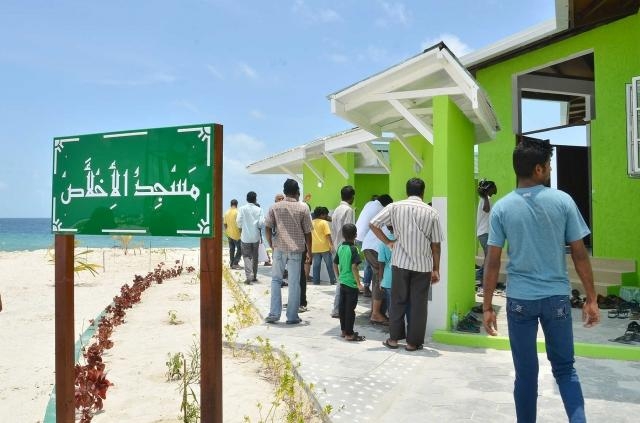 The President’s Office has requested to suspend the efforts to move people to Gulhifalhu until further notice.

Gulhifalhu Investment Limited (GIL) said that it had been notified by the President’s Office, following advice from the government’s Economic and Youth Council (EYC), to suspend the efforts by Global Projects Development Limited (GPD) to move people to Gulhifalhu, as the legal requirements for populating the area have not been fulfilled.

GIL said in a statement, “The Economic and Youth Council (EYC) has been informed, that efforts are ongoing by GPD to have people settle in Gulhifalhu. Investigations have revealed that the buildings in Gulhifalhu were constructed without permission. The EYC has also been informed that Gulhifalhu is not the best place to reside in, in terms of health and geology. Thus, the government has said that if the necessary permissions have not been obtained, all efforts related to moving people to Gulhifalhu must be suspended until further notice.”

The Gulhifalhu development project was awarded to GPD by the government of former President Mohamed Nasheed, under an agreement with Capital Investment and Finance Limited, in March 2010.

The agreement was revised in February 2011, and GPD was commissioned to develop and sell 2,500 housing units in Gulhifalhu.

GIL said that following this notification from the President’s Office on 23 October, a decision would be made very soon regarding improving the situation in Gulhifalhu, and how to proceed with those who have purchased flats in the island.

PPM: Purpose of Audit Report on Adeeb is to defame government