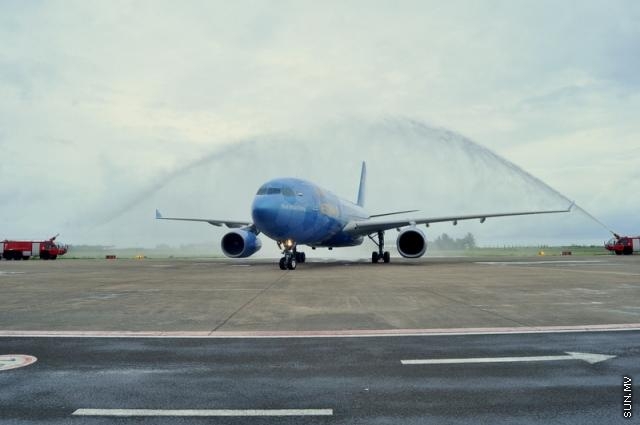 Ibrahim Nasir International Airport (INIA) runway has been reopened after closing the runway temporarily due to emergency landing of a flight of Etihad Airways at INIA.

An official of airport said to Sun Online that airport runway has been closed temporarily after EY279 flight of Etihad Airways that departed at 7:10 pm on Sunday from INIA to Abu Dhabi made an emergency landing at INIA at around 8:30 pm due to leakage of hydraulic oil. He added that runway was reopened at 9:26 pm on Sunday.

According to the official, there were a total of 189 passengers and crews and no one was injured in the incident. Official added that some flights have been delayed and a flight has been diverted to Colombo due to emergency landing of EY279 flight at INIA.

It has been noticed that airport operations were disrupted recently due to increase in the number of cases of leakage of hydraulic fuel from flights.