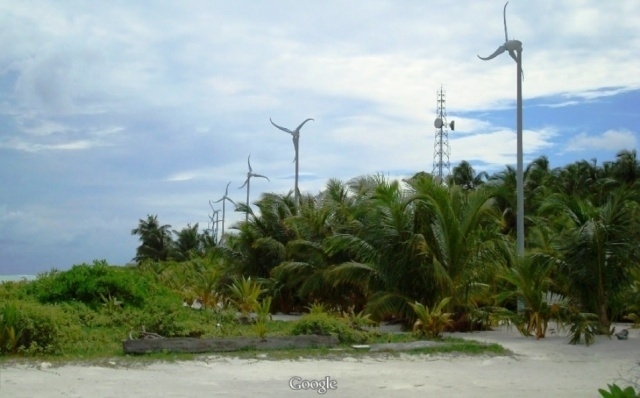 After President Abdulla Yameen Abdul Gayoom’s request to the islands with small populations to move to Hulhumale’, the citizens of Meemu atoll Raimandhoo have heeded the call and requested relocation.

The petition to the president had 146 signatures of people above 18 years of age, which is 91 percent of eligible voters in the island. The island has a total population of 219 people.

The report says the island school has just nine students, and with 14 staff, the school teaches up to grade seven.

It also points out the lack of a sewerage system in the island and that the electricity is generated in the same old powerhouse, established when citizens had to pay for the maintenance. The island suffers from frequent blackouts from the old powerhouse. The new generator from FENAKA Corporation cannot be brought on to the island due to the lack of a harbor and unloading facilities, reads the report.

“The island being on the far east of the atoll and due to the state of the island jetty (which is consists of sheets of wood on plain wooden beams), no ships travelling to Male’ stop at the island. And the lack of a ferry or a speed boat to the island makes it very difficult to the people,” says the report, of which a copy has been sent to Economic Council, Social Council and the Ministry of Housing and Infrastructure.

The president of the island council leading the petition of relocation, Ahmed Mufeed spoke to Sun Online, and said that he is thankful to the president for making the request for small island populations to relocate to Hulhumale’. He said that the citizens of Raimandhoo have heeded the request and are eager to claim this “golden opportunity”.

In the presidency of Ibrahim Nasir, the island of Raimandhoo was vacated in 1968. The people were relocated to the Muli of the same atoll before they moved back after seven years.

Inaugurating the second phase of the Hulhumale’ Project, President Yameen said if the youth from small islands relocated to Hulhumale’, facilities can be arranged to make life easier. Also, Hulhumale’ housing units are targeted to the youth, said the president.