Flyme plane skids off the runway at Gan airport 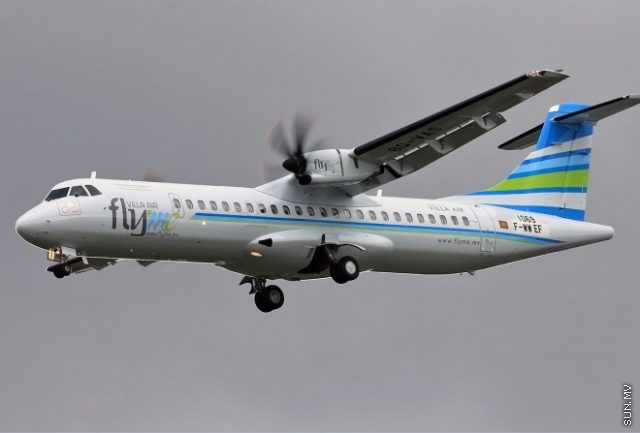 A plane of Flyme of Villa Air has skid off the runway last night at Gan airport.

A source from Addu City said that the incident took while the flight carrying 57 passengers attempted landing around 8:20 p.m.

He said that the incident took place due to water on the runway from heavy rains.

There is no word as to what exactly happened to the plane to cause the incident and the plane is being kept at Gan airport for inspections.

“The plane has now been parked at Gan airport. That is to investigate the problem. Villa said that the problem would be clear after the investigation. A plane of Villa Air came to Gan from Maamigili airport to complete the journey with the passengers.” He said.