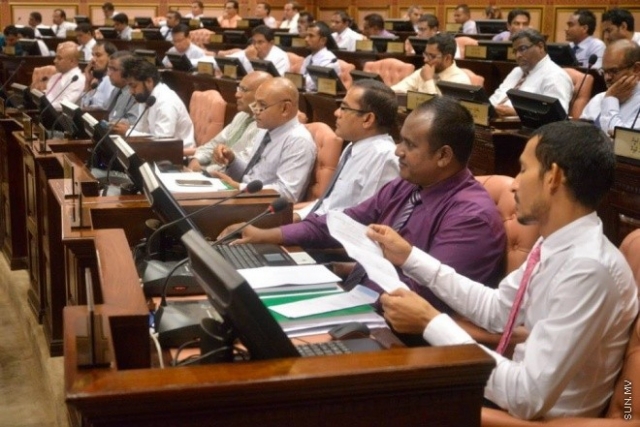 The parliament debate on Maldives leaving the Commonwealth is under way, following a request by President Abdulla Yameen for advice on the degree of Maldives’ participation in the Commonwealth.

The letter by the President in this regard was presented to the parliament this morning, following which the floor was opened for debate for three hours.

Parliamentary Group Leader of ruling party, Progressive Party of Maldives (PPM), Ahmed Nihan Hussain Manik said that the President has requested to review Maldives’ level of participation in the Commonwealth, and that the issue has nothing to do with withdrawing from Commonwealth membership.

He said that the inclusion in the Commonwealth Ministerial Action Group (CMAG) agenda has caused difficulties for the Maldives, and that Maldives should not have to face pressure because of its small size.

Yesterday, Vice President Dr Mohamed Jameel Ahmed issued a statement saying that leaving the Commonwealth would have a negative impact on the whole economy.

The issue was also discussed at the last cabinet meeting.

Transport Authority proposes to restrict number of vehicles in Mal