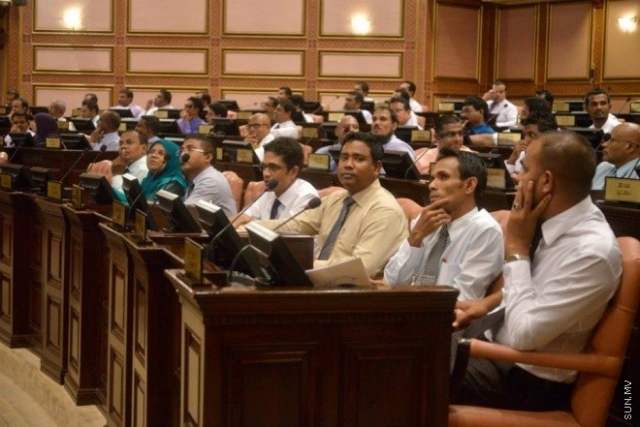 The Amendment Bill seeking to allow land ownership for foreigners who make investments exceeding $1 billion in the Maldives, has been passed by the Parliament.

The bill received 70 votes in favour and 14 against.

Submitted by Parliamentary Group Leader of Progressive Party of Maldives (PPM) Ahmed Nihan Hussain Manik, the bill states that land ownership rights shall be issued to foreigners who make investments exceeding $1 billion in the Maldives, for projects specified in a law which must be approved by the parliament.

The bill states that land ownership in this regard shall be subject to several conditions, and the owner shall have the right to pass ownership to another person.

The State can only reclaim ownership of such lands following a court order, and after providing a fair compensation.

Presently, the Constitution states under Article 251: Prohibition of foreign ownership and foreign military purposes, (a), that no foreign party shall own or be given ownership of any part of the territory of the Maldives.

The first reading of the Amendment Bill was presented to the parliament yesterday.

Nihan said that the purpose of the amendment is to increase mega investments and establish an environment that ensures sustainable progress for those investors.