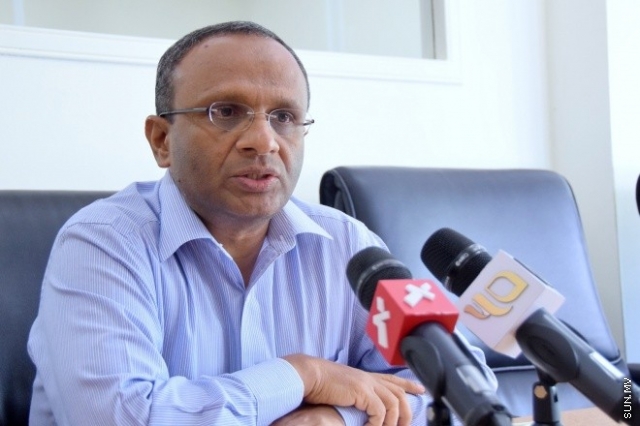 Famous lawyer, Husnu Suood has said that the people are thinking about forming a political party by the name of “Common People’s Party” against corruption.

Husnu Suood, the former Chief Judge in the MDP Government, tweeted tonight saying that the political state of the country needs a big change and some people are working to bring a “Common People’s Party” to existence.

Speaking to Sun Media yesterday regarding the bill foreign ownership of land in the Maldives, Suood said that everyone is doing whatever they want. And that they are not following any regulations.

While a party of common people are being discussed, a lot of changed has been made to the Constitution lately. Among which includes bringing changes to the bench at the Supreme Court, changes to the audit law, candidacy for the Presidency, and the foreign ownership of land.

Rumors have spread that the changed are being made under a political “deal” and that there is no opposition party in the country now. That is with the Government amendments to the parliament is being passed with the votes of the MDP MPs and the former President Nasheed, who is serving a 13-year prison sentence gets transferred to house arrest to serve out the rest of his sentence.