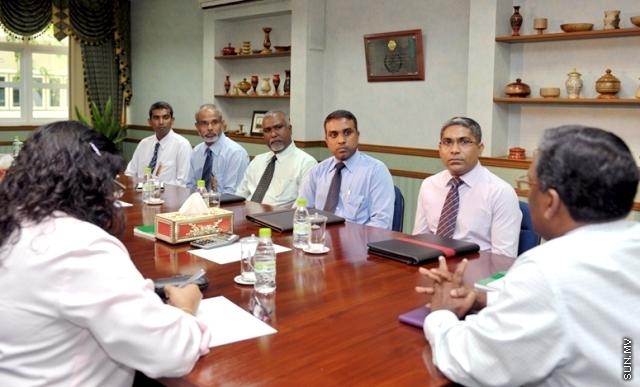 Amid widespread worries about the situation of the national budget, the Government has decided to consult with independent commissions and bodies over the issue of reducing public expenditure.

A senior official from the Ministry of Finance said that the Government needed cooperation from independent commissions, and that without that cooperation, the Government’s efforts to reduce public expenditure and redeem budget deficit would be ineffective.

The official said that the Government had already come to an understanding with independent commissions on conducting discussions, and that meetings would start next week.

“One of the biggest challenges for us is that expenses of the independent commissions and bodies are relatively high. We need their cooperation very much, and we are trying to discuss the matter with them, and meetings with some of the independent bodies would be held next week”, said the official.

“Judiciary has already given green light. We believe that we will sit with them the next week, and we will see on what components we may cut down expenditure. We hope that others would follow the example of the Judiciary”, said the official.

The total budget for the Judiciary for the ongoing year is 356.4 million Rufiyaa, and, so far, 129.3 million out of that total has been spent, according to records.

The Cabinet has decided to reduce expenditure of all executive branch agencies by 15 per cent, and discussions are on the way about decreasing salaries of political appointees.

Minister of Finance Abdulla Jihad said that decreasing salaries of political appointees without doing the same with independent commission appointees would be an issue.

While the Government has received an income of 3.6 billion Rufiyaa so far this year, the same period has seen an expenditure total of 4.9 billion, producing a deficit of 1.3 billion.

The budget for this year totaled 14 billion. However, the Ministry of Finance has estimated that public expenditure would hit a staggering 18 billion, resulting in a deficit of 3.4 billion. The IMF has also expressed deep concern over budgetary problems in the Maldives and its ramifications for the country’s fragile economy.

Nasheed could have maintained his influence by participating in the Government: President Waheed