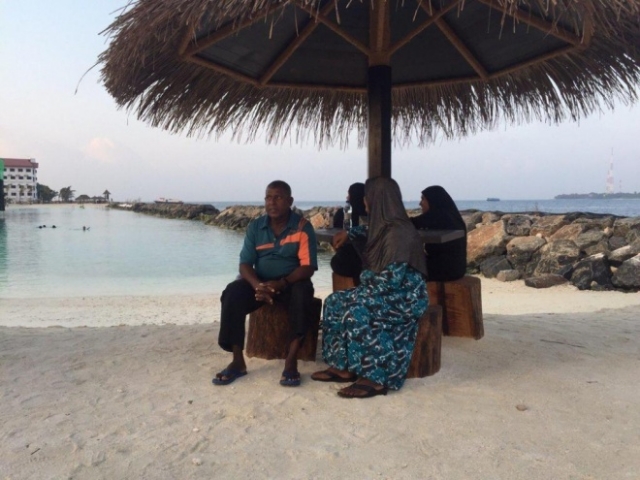 The new artificial beach made to west of Male’, Rasfannu, has been opened to public.

Housing Ministry official who spoke to “Sun” said that the beach had been opened to public access early Wednesday morning.

The beach was officially opened by President Abdulla Yameen Abdul Gayoom on Sunday night, but had not been opened to public until now.

Speaking during the colorful ceremony held to open Rasfannu, President Yameen said that the beach would be open to public, irrespective of age. And that it was the collective duty of all to keep the place clean and peaceful.

People will be able to swim, exercise, shower, fish and barbecue or simply sit down and relax in Rasfannu.

Toilets, a child care center, restaurant and pavilion will also be built in the area.