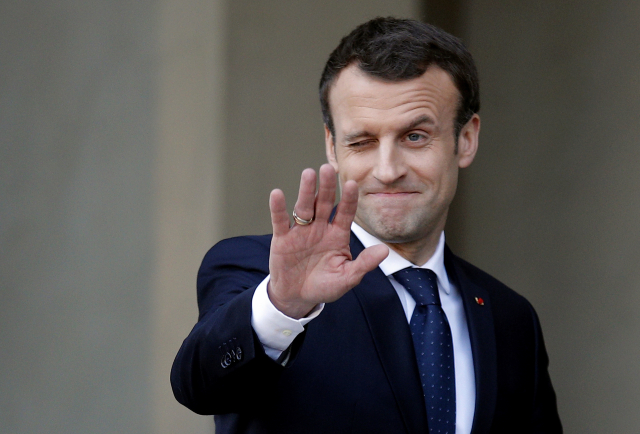 PARIS (AP) — French President Emmanuel Macron will play the narrator's role in the musical fairy tale "Peter and the Wolf" at an Elysee Palace performance.

The president's office said Wednesday that Macron will perform Thursday evening with the orchestra of the Republican Guard, playing in the much-loved piece written by Sergei Prokofiev in 1936.

The public will be composed of school kids, sick children and military children.

Macron's office said that while the presidency periodically organizes shows for children, it will be the first time Macron is taking an active part. The performance will be closed to the press.

Macron, 40, is known to love the arts. He met his future wife as a young comedian at the theatre club of his high school, where she was a teacher.