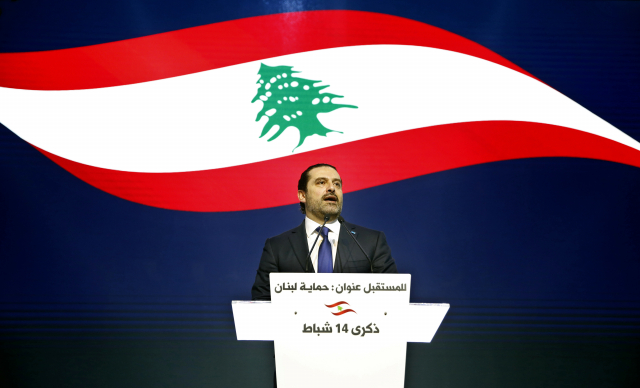 BEIRUT (AP) — Lebanon's prime minister on Wednesday made his first trip to Saudi Arabia since he briefly resigned from office during a visit to Riyadh late last year, part of a bizarre series of events that strained relations between the two countries.

Saad Hariri's office said he held a meeting with King Salman at the Yamama palace in Riyadh that was also attended by the Saudi interior and foreign ministers.

Hariri's resignation in November was widely seen as having been orchestrated by his Saudi backers to bring down Lebanon's government, which includes the Iran-supported Hezbollah.

Hariri later reversed his decision upon returning to Beirut following French mediation. He said he had reached an agreement with Lebanon's factions to keep the tiny country out of regional conflicts.