3 rooms at Niyama Resort burn down in fire 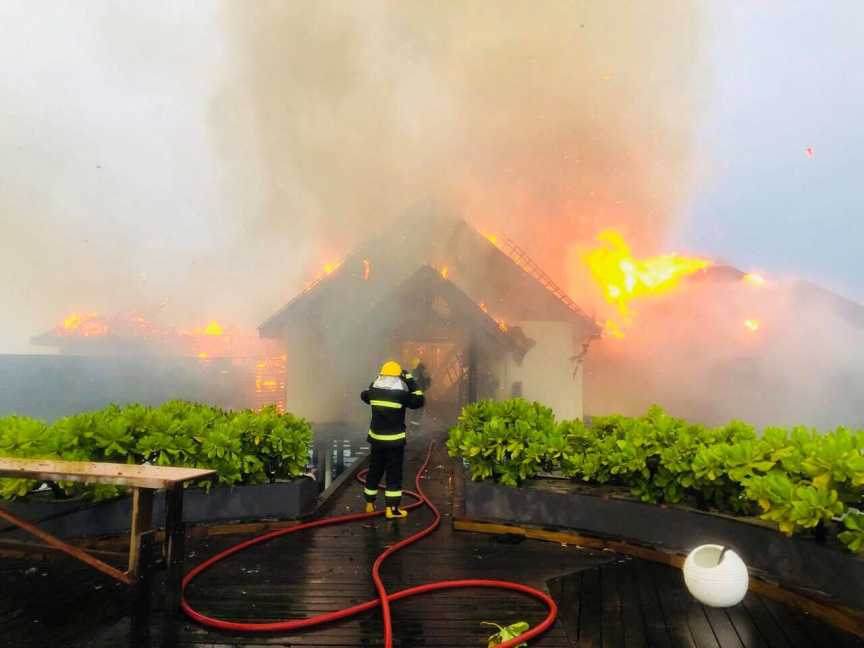 Three water villas at the Niyama Resort, located in Dh. Atoll, burned down in a fire in the early hours of this Monday morning.

MNDF said three water villas at the resort were damaged beyond use by the time firefighters at the Central Area Kudahuvadhoo Fire Station were able to put out the fire.

However, no one was harmed in the incident.

A source from Niyama Resort who spoke to “Sun” said the roofs of the three water villas were made from palm leaves, making it difficult for the firefighters to put out the fire.

The cause of the fire is under investigation by MNDF’s Fire and Rescue Service and Maldives Police Service.

Fire breaks out on plane at Hanimaadhoo Airport