Government is trying to sell another portion of Dhiraagu Shares to Cable and Wireless: PPM 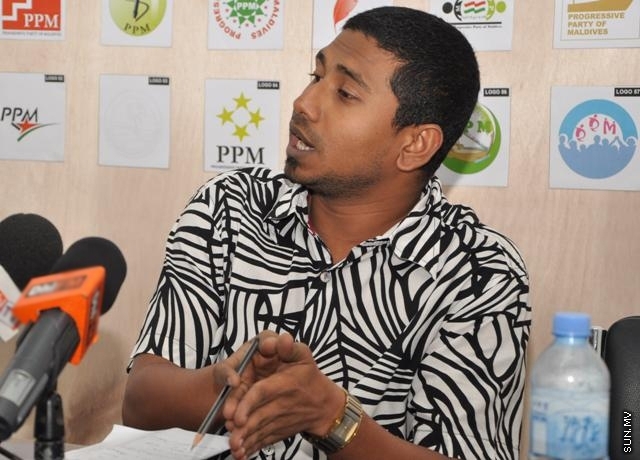 Interim Spokesperson for the political party in the process of formation, Progressive Party of the Maldives (PPM), has today accused the government of conducting Dhiraagu’s initial public offering of shares with the hidden purpose of enabling the British shareholder of Dhiraagu, Cable and Wireless, to acquire greater control in the company.

PPM’s accusations were founded on the fact that according to the arrangements made by the government, even a foreign party can buy an unlimited number of shares of Dhiraagu in the offer.

Speaking to the press today, at PPM’s office, Interim Spokesperson Ahmed Mahloof said that he had received inside information affirming that the government had decided to sell 15 per cent of Dhiraagu share with the intention of giving a huge portion of those shares to Cable and Wireless. Mahloof said that the Government was dishonest in publicly saying that its purpose was to enable Maldivian people to buy shares of the company.

Mahloof said that the current government’s policy of selling assets of government companies, formed and developed with huge efforts by the previous government, would not benefit the nation.

Before the ruling MDP came to power in 2008, the Maldivian government held majority shares at Dhiraagu, amounting to 55 percent. However, MDP government decided in 2009 to sell 7 per cent of the company shares to Cable and Wireless, then a minority shareholder of the company, for a lump sum of USD 40 million.