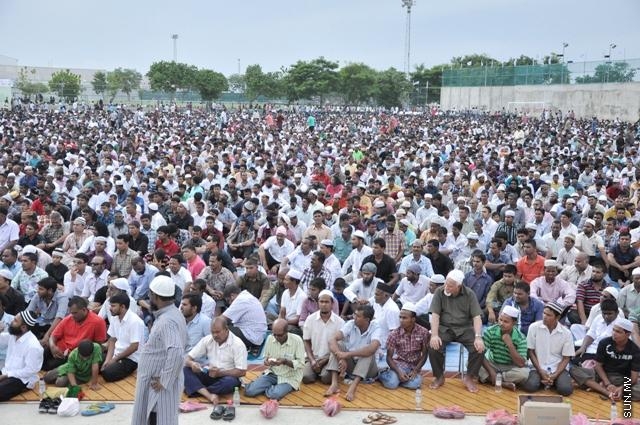 The Minister of Islamic Affairs Mohamed Shaheem Ali Saeed has said that the mass gathering at the Eid prayer this morning was a symbol of our solidarity and unity.

Shaheem noted that today’s event was remarkable enough to go down in history, and that it helped revive the Prophet’s practice of Eid prayer in the Maldives.

“Today, we have seen Maldivians’ solidarity and their love for Islam. More people attended the prayer than I expected. The whole area was filled up. This really shows our unity, this is the true character of the Maldivian people,” he said, after participating in the Eid prayer which was attended by about 50,000 people.

He thanked the volunteers, businessmen, Police, Home Ministry, and Muslims of the Maldives, for their work in organizing the mass prayer.

Shaheem also expressed hope that this will be repeated in the future.

In the 20-minute sermon, Dr Iyaz advised Maldivians to protect themselves from the intellectual war they are faced with today.

This is the first such a mass prayer organised in the Maldives.

The prayer was participated by President Dr Mohamed Waheed Hassan Manik and senior officials of the government.

President Dr Mohamed Waheed Hassan Manik urged Maldivians yesterday, on the occasion of Eid, to put aside political competitions and prioritise the interest of the nation.