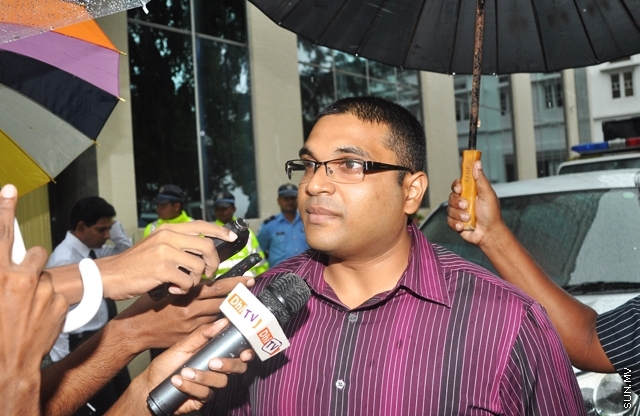 Speaking after coming out of the Police Headquarters where he was summoned today, Former President, Maumoon Abdul Qayoom’s son, Ghassan Maumoon said that had used his right to remain silent, regarding some questions put forth by the police.

Ghassan revealed that the police had summoned him, to ask him some questions regarding Thursday's protest held outside Gayoom's residence Endherimaage, by the ruling Maldivian Democratic Party (MDP). He also added that from the manner, some questions were asked; he had used his right to remain silent since he felt that he was being blamed as guilty.

Ghassan said that the police had been given a clear report about the day’s incident, and the complains which his family had taken into the police regarding the Protest, no investigation has been done by the police.

Today Maldives is displaying similar signs to that of failed countries: DRP