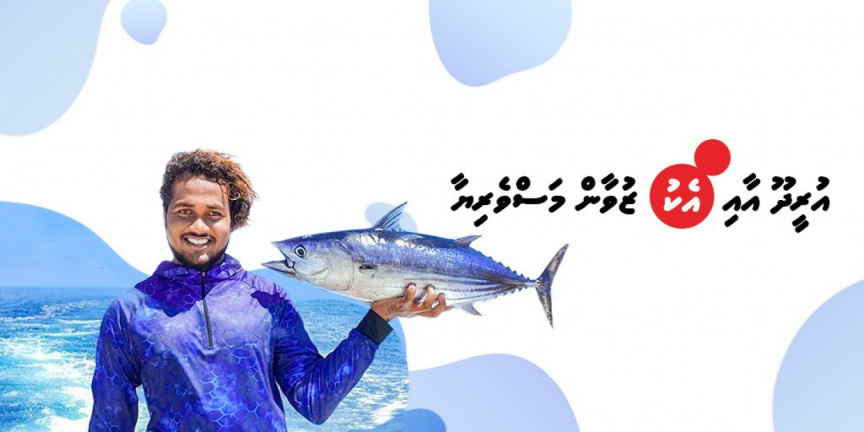 Hassan Sajin, most well known as the “Zuvaan Masveriya” loosely translated as the youthful fisherman, was appointed as the brand ambassador of Telecoms giant Ooredoo Maldives.

Hassan Sajin, most well known as the “Zuvaan Masveriya” loosely translated as the youthful fisherman, has been appointed as the brand ambassador of Telecoms giant Ooredoo Maldives.

Sajin, a native of G. A. Gemanafushi is just 21 years and has already made a name for himself in the fishing industry. He is mainly involved in community awareness projects and reigniting the love for fishing among youths of the country.

His efforts have paid off, with many youths of the country once again wading into the exciting waters of the fishing industry, an area that has a special love in the hearts of Maldivians, traditionally and culturally.

Sajin has grabbed the attention and love of Maldivians, with colorful displays of the life of a fisherman. He has even founded an organization named “Maldivian Fishermen” and has been an advocate against the difficulties faced by fishermen. He is even working to further develop the industry through the organization.

Ooredoo said that the newly formed partnership will focus on creating awareness among the youth for the opportunities in the industry and the modern developments.

The challenges of the industry will also be known through this partnership with Sajin and the solutions that can be provided for it through modern technology will also be implemented, Ooredoo stated.

The company’s Acting Chief Commercial Officer, Hussain Niyaaz stated that the Sajin was successfully working hard with the courage to increase awareness and create interest among the youth in the fishing sector which is the main artery of the Maldives and a significantly notable historical activity of the country.

“Very much like Ooredoo, it is important to Sajin to work for the future development of the community. We will work with Sajin to provide opportunities for youths who wish to enter the industry.” Said Niyaz.

Speaking about the partnership, Sajin said, “It brings me great joy to form a partnership with Ooredoo. I am ready to begin with the projects formed with Ooredoo for the purpose.”

Ooredoo has taken the initiative in developing the fishing industry of the country as of recent times. The company has established a vessel monitoring system in collaboration with the Fisheries Ministry to secure location devices on fishing vessels.

The company has also provided mobile satellite communications for fishing vessels in collaboration with Thuraya Telecommunications.

It has also rolled out special packages for fishermen in 2019.

Ooredoo generates a profit of MVR 104 million in Q4