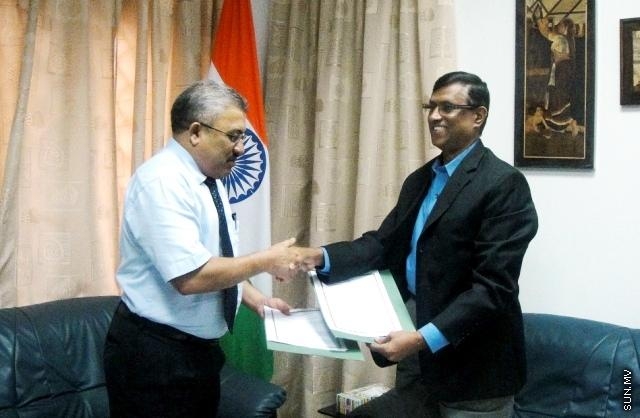 India’s Cabinet has approved the extension of $25 million as budget support loan to the government of Maldives.

Indian papers reported that the Cabinet made this decision yesterday.

Finance Minister Abdullah Jihad has said that difficulties will arise in paying salaries this month, unless this money is secured.

India had earlier extended $25 million out of the $100 million loan promised during SAARC Summit last year. An agreement was also signed earlier this month between the Indian government and Maldivian government for the provision of $25 million.

The $100 million loan should be repaid to the Indian government in 10 years with an annual interest rate of 1.5 percent.