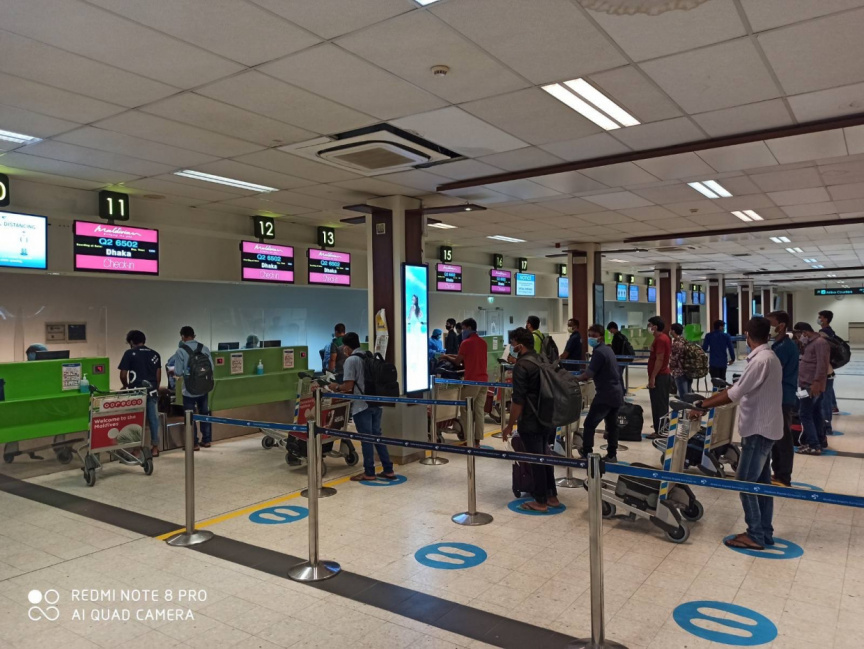 National carrier Maldivian has so far repatriated more than 2000 Bangladeshi nationals from the country.

Bangladeshi nationals make up the highest number of migrants in the Maldives based on nationality.

Our #repatriation flight to #Dhaka has left a short while ago with another 200 Bangladeshi nationals from ⁦@VelanaAirport#Maldivian #NationalAirline???????? pic.twitter.com/ga4kA7xQLP

The Maldives has a large number of undocumented immigrants. Authorities estimate that the figure may be as high as 63,000.

The majority of COVID-19 cases in the country are also foreign nationals. They include 1,046 Bangladeshi nationals, 190 Indian nationals, 24 Nepali nationals, 11 Sri Lankans as well as 11 Italians among other nationalities.

Authorities have stated that the migrant worker population were at the most risk of being exposed to the virus the living condition and congested residences that they are forced to live in.