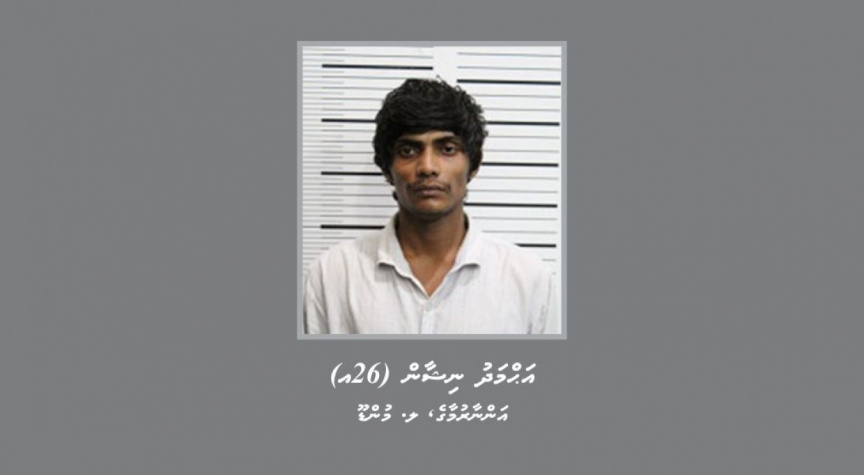 Ahmed Nishaan (26) Anaarumaage, L. Mundoo. He was arrested under suspicion of child abuse on July 15, 2020.

The Criminal Court of Maldives has placed an individual accused of child abuse under remand until the end of his trial.

Police said that the individual named Ahmed Nishaan (26) from Annaarumaage, L. Mundoo was arrested on July 15. He is accused of abusing a child of 14 years.

The Criminal Court placed Nishan under remand after he was presented to the court on July 16, citing a threat to the community posed by him if released.

Police are now working on forwarding his case to the PG office.

Police also advised the public and parents to remain aware and cautious regarding the recent spike in the number of child abuse cases.