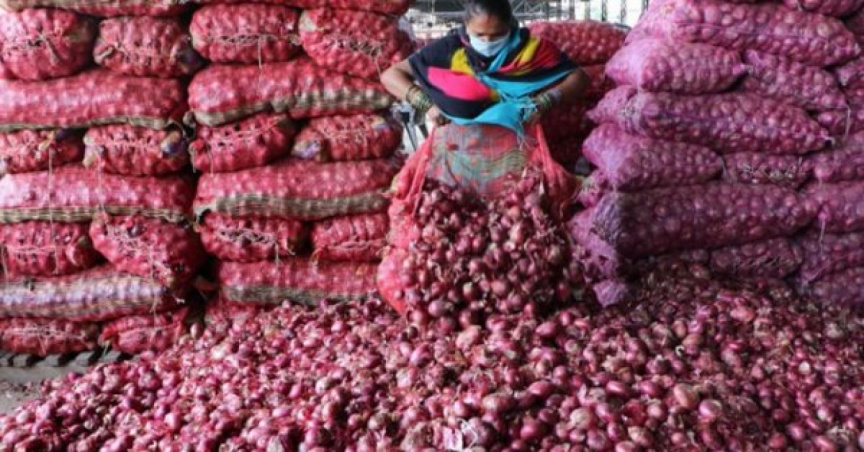 A vendor handles onions at a wholesale market in India.

India has imposed a ban on export of onions due to a shortage of the product in the domestic market.

India is the world's biggest exporter of onions, a staple of South Asia.

India's southern states were hit by heavy rainfall, leaving crops damaged. This has led to a shortage of onions in the domestic market and a rise prices.

The decision to impose a ban on export of onions was announced by India’s Directorate General of Foreign Trade earlier this Monday.

Maldivian Foreign Affairs Ministry’s Media Director Miuwan Mohamed told Sun that Maldives will continue to receive shipments of onions under the agreement between Madives and India for import of essential commodities, which covers onions.

India renewed quotas for export of essential commodities to Maldives in August.

“The agreement for export of essential commodities from India to Maldives was signed last month. Therefore, despite the ban on export of onions, India will continue to export to Maldives,” said Miuwan.

The Indian External Affairs Minister Dr. Subrahmanyam Jaishankar had announced the renewal of quotas to Maldives during a digital video conference with Maldivian Foreign Minister Abdulla Shahid on August 13.