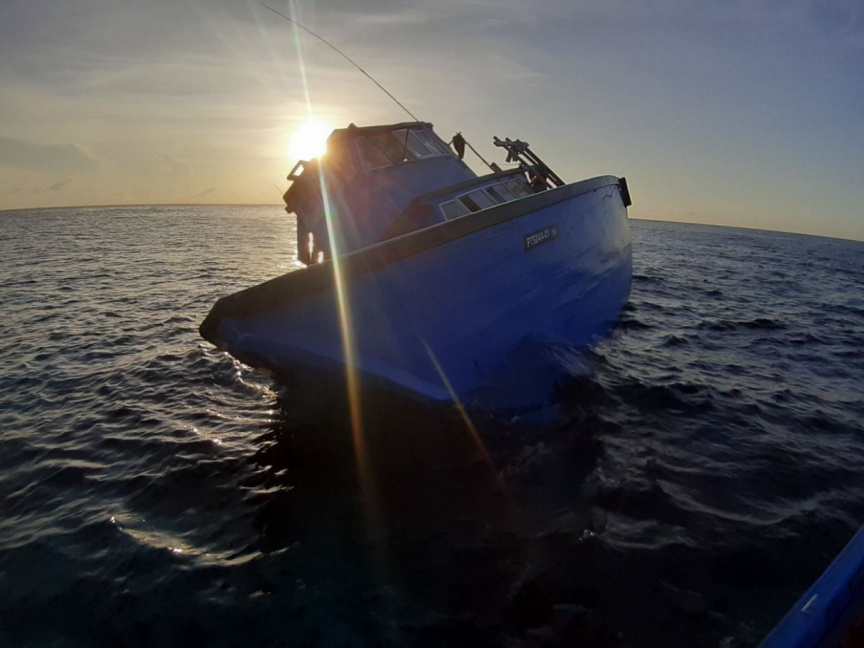 A boat which ran aground on to rocks near Makunudhoo on September 16, 2020.

An 85 feet boat named as "Namoona" has run aground onto rocks on the seabed near the harbor entrance of H.Dh. Makunudhoo.

The boat was on its way from Makunudhoo to Vaikaradhoo in the same atoll. Maldives National Defense Force (MNDF) said that reports of the incident were received around 2:08 last night.

MNDF northern squadrons had been deployed to the area to assist the boat as soon as the reports were received.

Those on the boat, had managed to swim to Makunudhoo.

MNDF says it will answer to Majlis as an institution