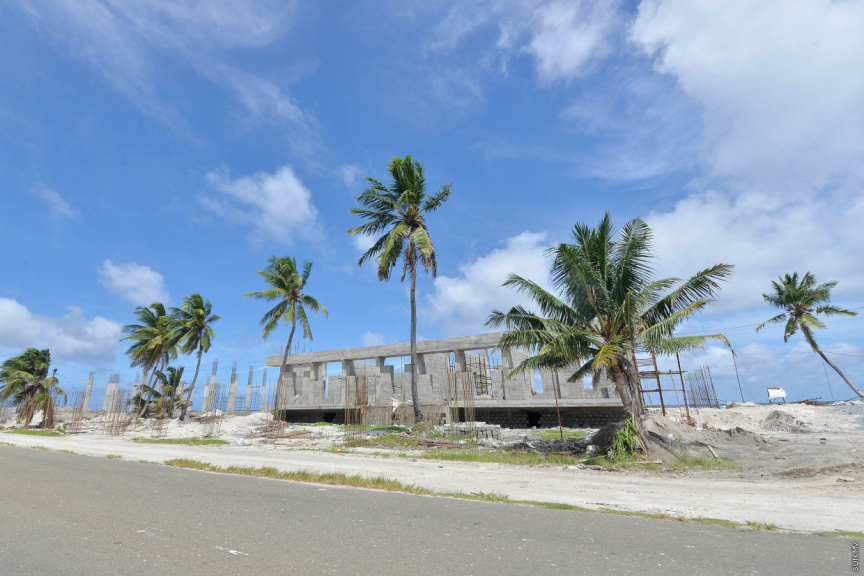 Construction in progress at the police academy financed by the Indian government in Addu City. (Sun Photo/Fayaz Moos)

The workers travelled to Addu on September 13. They had flown in directly from India.

In a press conference on Wednesday evening, HEOC spokesperson and epidemiologist Dr. Nazla Rafeeq said that all 128 workers had been under mandatory quarantine upon arrival in Addu.

She said that they were tested upon completion of their quarantine period on Tuesday night.

53 of the workers tested positive.

Nazla said that HEOC identified 44 cases before 06:00 pm this Wednesday, and nine more cases after.

“Therefore, following the testing of 128 people, 53 tested positive,” she said.

Nazla said that all the workers continue to be under quarantine, and that there is little risk of transmission to others.

She said that all of the workers are in stable condition, and none are symptomatic.

Maldives recorded 97 new cases between 6:00 pm on Tuesday and 06:00 pm on Wednesday, including the 44 workers.

The country currently has 1,142 active cases.

1 arrested in connection with violence in Addu City

Traffic at Addu port picks up with legislative revision