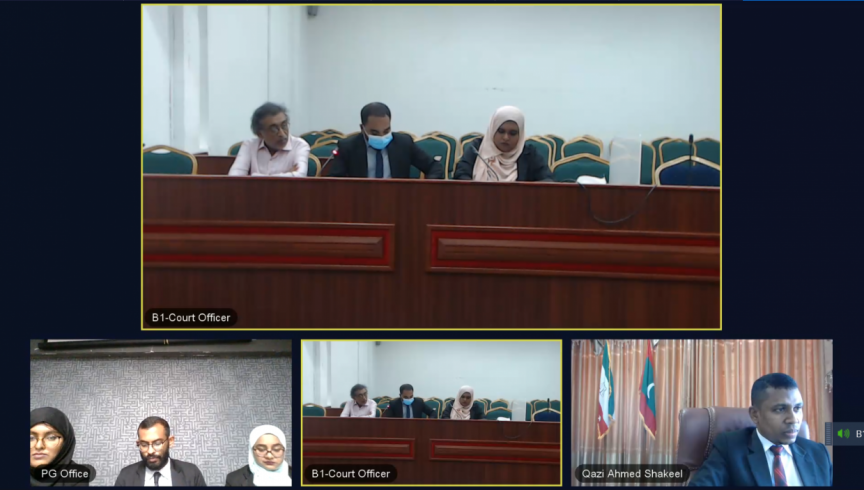 Hearings of the case against ex-FIU head Athif Shakoor on January 25, 2020.

The former head of the Financial Intelligence Unit of the Maldives Monetary Authority, Athif Shakoor from M. Aasthana, who is facing charges of violating the money laundering laws of the nation, has denied the charges against him in a court hearing today.

An investigation by the Anti-Corruption Commission (ACC) found Athif to be responsible for the lack of action on SOF Private Limited – despite its transactions being flagged for money laundering. The transaction was dated on November 25, 2014, and was calculated at MVR 59.45 million.

Athif was charged with money laundering in late February 2020. He was charged for his failure to notify the authorities regarding suspicious financial activity in relation to the massive MMPRC scandal. Athif served as the head of the FIU from November 4, 2014, to June 21, 2015.

Today’s hearing of the case was to hear the response of the defendant against the charges. However, the main talking point in today’s hearing was the decision by the senior judge Ahmed Shakeel against permitting lawyer Mariyam Nihaayath to represent Athif.

Athif in today’s hearing said that the charges against him were huge and that Nihaayath was the lawyer that can defend him against these charges. He once again requested the judge to permit Nihaayath to represent him.

Athif repeatedly requested for a document of the court showing that it was a decision of the court which barred Nihaayath from representing him. He said that he wished to appeal the decision. However, the appeal was rejected by the High Court on the basis that it was an administrative decision.

Judge Shakeel stated that the decision could not be handed out in a written document as a court order. He asked Athif against repeating the issue, but Athif persisted. The prosecution then stated that Athif was in contempt of the court.

The prosecution then requested the judge to issue an order to make evidence confidential and safe. Athif then contested the decision by saying that such a request had not been made with the charge sheet. Such an order is to be issued before the trial commences.

The next hearing is scheduled for February 23. Athif, if found guilty, could face a fine of MVR 100,000-500,000 and face a prison sentence of 1 to 10 years. Athif has previously said that he had proposed a plea deal to the state.

Huge seize of cash from foreigner with money laundering