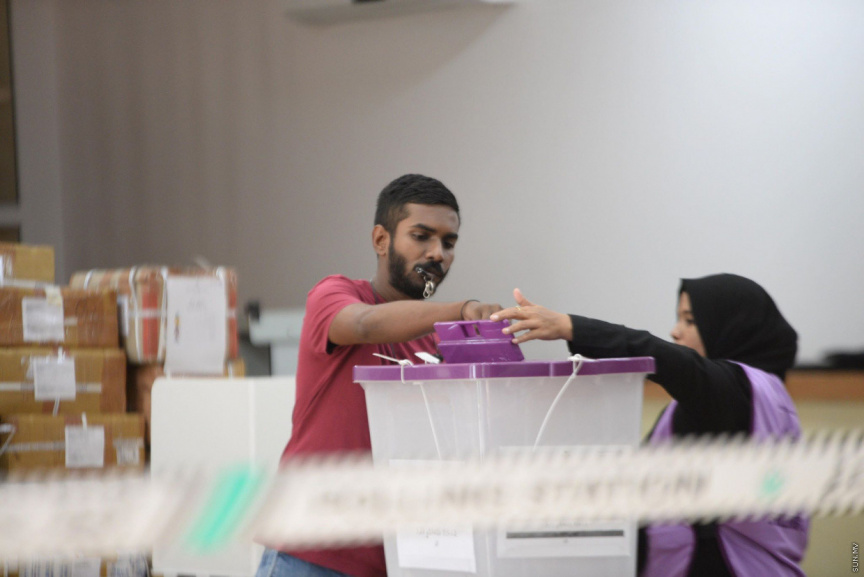 A man voting during the parliamentary elections of 2019. (Sun Photo/Fayaz Moosa)

The Health Protection Agency (HPA) has published the guidelines for operations to be implemented for the upcoming local council elections.

The guideline is for the purpose to ensure public safety during the elections. The guideline entails how electoral officials are to operate and safety measures to be taken inside voting centers, how voters are to behave inside these centers, and how voters in isolation are to take part in the voting as well as campaign operation details.

The guideline stipulates that electoral officials are to be grouped in small numbers to reduce the chance of the spread of the virus among officials and that organizers are to keep ready, a team of contingency workers so that the election is not disrupted in an emergency. The policy requires an individual to be isolated immediately and taken to a medical facility if any signs or symptoms of the virus are exhibited from that individual.

Lists and documents for the election are to be arranged for viewership through online means, according to the guideline, which added that pens and pencils used by officials are not to be shared.

When recruiting electoral officials, priority is to be given to those individuals who can work from the island where they are located and training is to be provided through online means. Sanitizers are to be placed at all polling stations and social distance is to be strictly enforced when queuing. Gatherings in large crowds are not permitted near polling stations.

Other measures include increasing voting hours so that voters could be distributed without risk of congestion inside stations. Isolated individuals due to a positive case or contact, could be designated a separate station for voting and could be permitted to travel to that station through a vehicle without any contacts under the permission of the HPA. Organizers are to make arrangements for such situations.

Campaigners for the election are still required to quarantine when traveling to islands and it is encouraged to carry out online campaigns as much as possible.

Vaccination open for all aged above 20 tomorrow

Vaccination now open for all aged above 25

B. Kendhoo under monitoring mechanisms