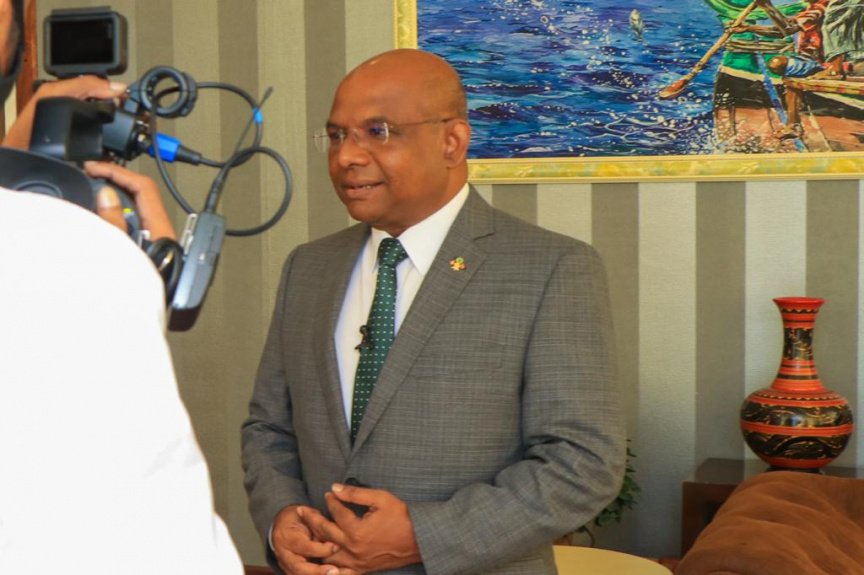 Maldivian Foreign Minister Abdulla Shahid at Velana International Airport prior to his departure to Dhaka on February 8, 2021. (Photo/Foreign Ministry)

Maldivian Foreign Minister Abdulla Shahid has departed on an official visit to Bangladesh.

According to the Foreign Ministry, Shahid is travelling to Dhaka on a two-day visit at the invitation of his Bangladeshi counterpart, Dr. A. K. Abdul Momen.

Speaking to press at the Velana International Airport on Monday, Shahid said the top priority of the visit is his meeting with Sheikh Hasina. He said that he will be calling upon her carrying well wishes from Maldivian President Ibrahim Mohamed Solih.

Shahid said that Maldives and Bangladesh share a special bond, and that the contribution of thousands of Bangladeshi workers to the development of Maldivian economy deserves recognition and appreciation.

“And at the same time, the issue of the large number of Bangladeshi nationals living in Maldives unregistered needs to be solved. I will therefore address these issues during my visit,” he said.

Maldives and Bangladesh are scheduled to sign two MOUs during Shahid’s visit. According to the Foreign Ministry, the MOUs are regarding human resource placement and Bangladesh’s Foreign Service Academy.

Shahid said he has high hopes his visit will prove fruitful.