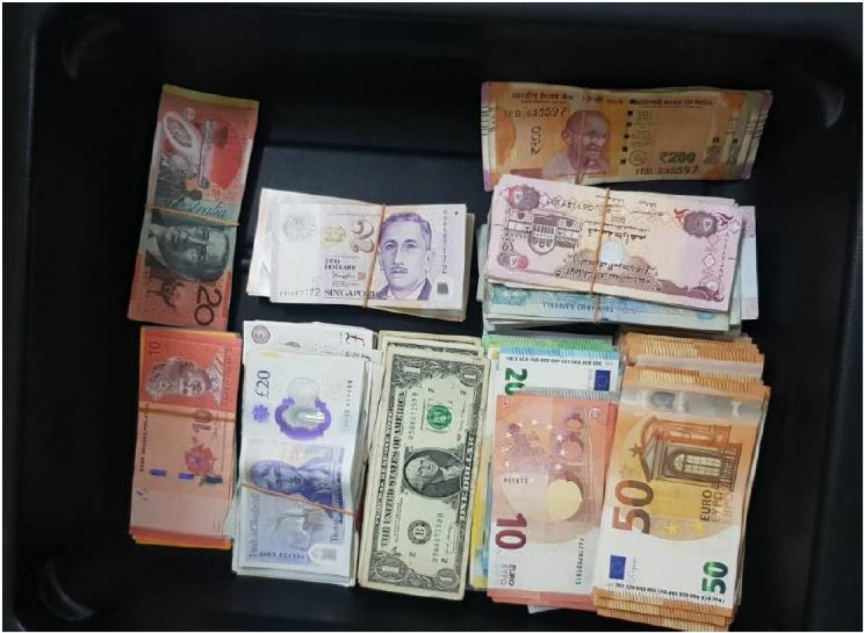 Authorities seized more than MVR 1 million of undeclared cash from a foreigner attempting to depart the Maldives on February 12, 2021.

Huge amounts of cash seized from a foreigner attempting to depart from the Maldives is connected with money laundering, Maldives Police Service has stated.

The cash totaling more than MVR 1 million was seized from a Bangladeshi national aged 34 on February 12. The man named Mohamed Habeeb was attempting to depart via Q2 502 flight to Dhaka. The cash seized included currencies of different countries.

A total of MVR 1.148 million was seized from the man, Maldives Customs has previously specified before adding that the cash was not reported or declared to the authorities.

Police, in yesterday's court proceedings also alleged that the money was funneled through a "criminal network". Police also presented evidence supporting the allegations.

The Criminal Court decided to extend the detention of Habeeb once again, after determining that he posed a danger to society. His detention was extended for a further seven days.

Police have also said that Habeeb was attempting to smuggle the money out of the Maldives by hiding it inside his luggage.

Under anti-money laundering laws of the Maldives, any cash amounting to more than USD 10,000 either being taken out or being brought into the Maldives have to be declared.

Trafficker walks free due to discrepancies in evidence

Man sentenced to 10 years in prison for stabbing