Muli Airport project awarded to be completed within a year 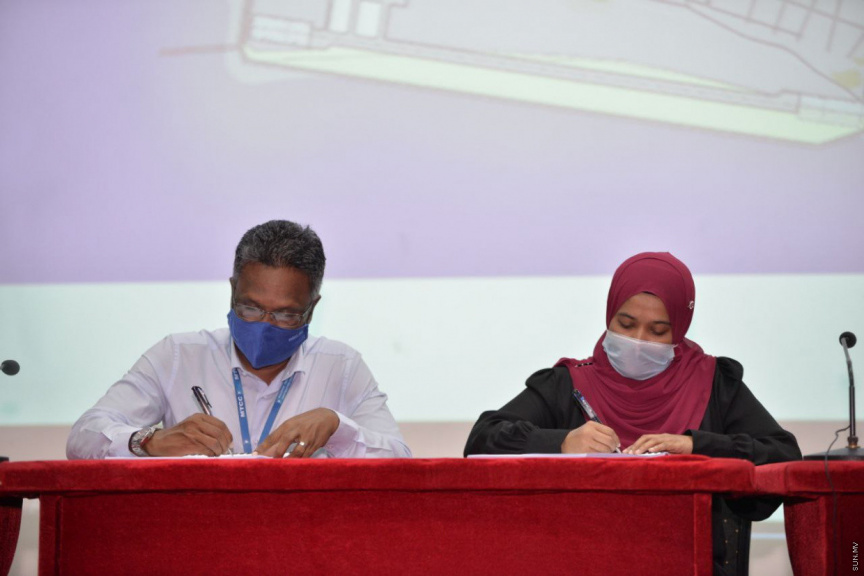 Ceremony to sign the agreement for the airport development project in M. Muli. (Sun Photo/Fayaz Moosa)

Maldives Transport and Contracting Company (MTCC) has been awarded the project to design and develop an airport on the island of M. Muli within a period of one-year by the Ministry of Planning, Housing and Infrastructure Development.

The project was awarded in a ceremony held today. Planning Minister Mohamed Aslam, in the ceremony, stated that M. Atoll was the most isolated atoll in the entire nation when it came to transportation.

The Minister reiterated that the government policy was to develop an airport within a 30-minute distance of all inhabited islands in the nation.

“We have announced for expression of interest to develop airports in four different islands. Our hope is that we can reach a contract for the work of these four islands very soon. There is also one more airport unannounced. That would completely implement the infrastructure for air travel under this policy of the government,” said Minister Aslam.

Apart from M. Muli, airports are to be developed in the islands of B. Thulhaadhoo, Sh. Bilehfahi, Th. Vilufushi and HDh. Makunudhoo.

Police investigate death of a young woman in Muli