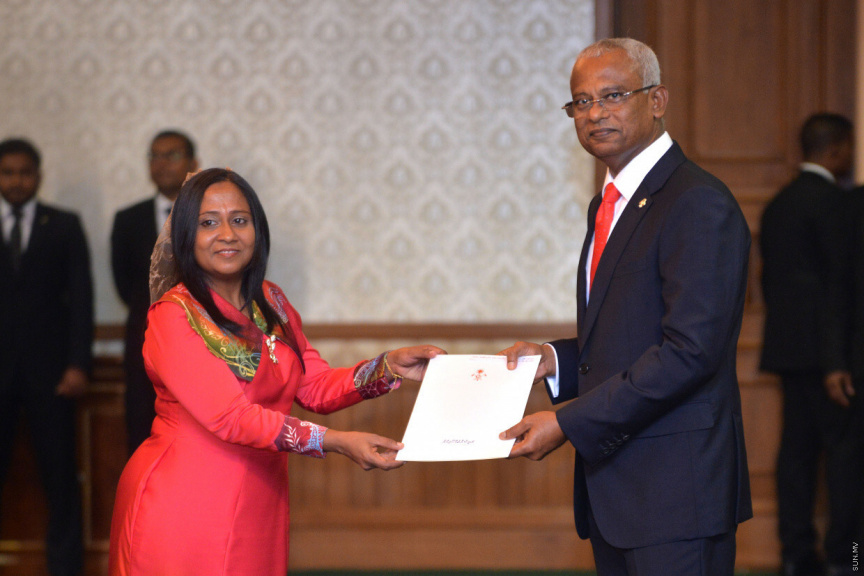 Former Fisheries Minister Zaha Waheed resigned after the President made the decision to dismiss her, before she was formally dismissed.

Zaha was replaced as Fisheries Minister by Dr. Hussain Rasheed Hassan – who up until this appoint had been serving as Environment Minister - this Wednesday.

“President Ibrahim Mohamed Solih, upon receiving her letter of resignation, thanked Zaha Waheed for her dedicated service during her time as a minister,” said the President’s Office in a statement.

President’s Office Chief of Staff Ali Zahir called Zaha to inform her of the President’s decision to dismiss her at 00:00 hours on May 4.

Zaha was unavailable for comment regarding the President’s decision to replace her.

She had often been hit with criticism from parliamentarians Maldivian Democratic Party (MDP) – the main ruling party – who accused her failure to adequately fulfil her responsibilities.