Winning awards amidst unrest was a great achievement: Tourism Minister 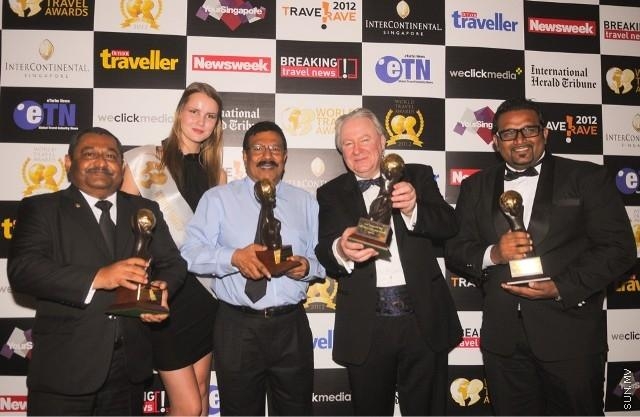 Minister of Tourism Ahmed Adheeb has said that the fact that Maldives won Indian Ocean’s Leading Awards at the World Travel Awards (WTA) amidst the unrest in the country, was a great achievement.

Adheeb said that the fact that Maldives won the awards at the WTA, which is often hailed as the ‘Oscars of the Travel Industry’, shows that Maldives is strong among its competitors in the Indian Ocean.

“This shows that Maldives is a stronger tourist destination than other Indian Ocean island nations such as Seychelles, Mauritius or Madagascar,” he said.

He said that the awards also show the hard work put in by the Tourism Ministry, in spite of the serious challenges faced by the industry.

Adheeb was confident that the Tourism Ministry’s target of one million tourists for this year will be achieved.

He said that the 40th anniversary celebrations of the tourism industry will continue for one year, which will include the celebration of World Tourism Day at an international level in the Maldives.

Also, every tourist will receive an entry stamp on his passport indicative of the tourism industry’s 40th anniversary, and sessions will also be held at the National Museum to provide information about Maldivian culture and artefacts as part of the cepebrations.