Police: 4 prior attempts to attack Nasheed outside spouse’s residence 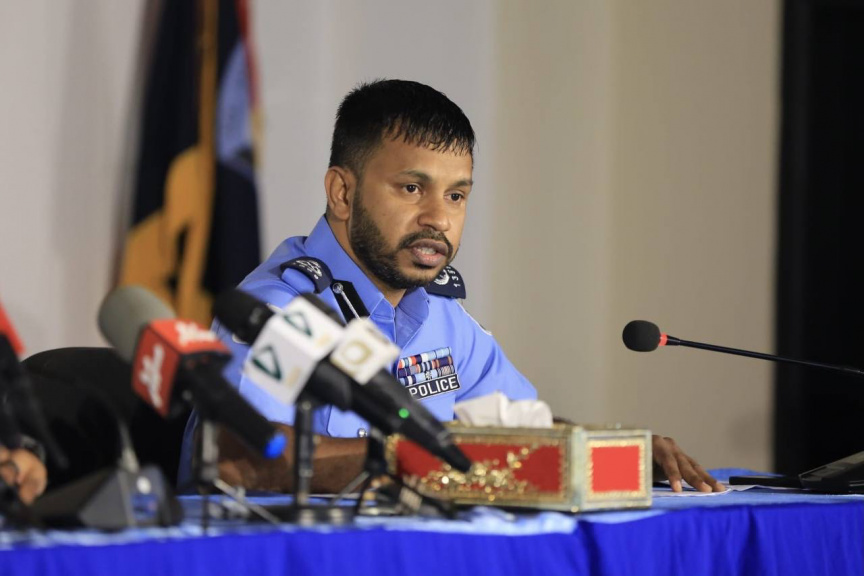 Police said on Saturday that Parliament Speaker, former President Mohamed Nasheed was the target of four prior attempts to detonate a bomb outside M. Yaagoothuge, the residence of his spouse Laila Ali in Male’ City.

Nasheed, 54, sustained serious injuries in an IED attack outside his residence on May 6, when a homemade remote-controlled IED strapped to motorcycle parked nearby Nasheed’s residence was detonated at 08:27 pm, just as Nasheed, exited his residence and went to get in his car. Nasheed was thrown to the ground and sustained multiple shrapnel wounds, while three members of his security detail and two bystanders sustained minor wounds.

In a press conference on Saturday night, Assistant Commissioner of Police Mohamed Riyaz said it was not the first time for Nasheed to become a target for IED attacks.

Riyaz said the motorcycle used in the May 6 attack was purchased by the suspects back in 2019. And that multiple attempts were made to assassinate Nasheed by strapping an IED on the motorcycle.

“The investigation uncovered attempts were made to detonate an IED by parking the motorcycle, purchases in 2019, outside M. Yaagoothuge in late 2020. We have received information they parked the motorcycle strapped with an IED at the location and attempted to detonate it on four different days,” he said.

Riyaz said the suspects were ready assassinate Nasheed in a suicide bombing, if necessary. He said that the suspects, however, faced difficulties in carrying out the attack at the location, and removed the motorcycle and disposed of the IED.

He said the suspects later attempted to stage the attack by parking the motorcycle strapped with an IED near fast-food restaurant Marrybrown in the Male’ City ring road, which lies on Nasheed’s exercise route. He said the suspects surveilled the location and later deemed in unsuitable for the attack.

The suspects then began planning to stage the attack on Neeloafaru Hingun, where Nasheed’s residence is located, in March this year.

Riyaz said the investigation uncovered the motorcycle was serviced and prepped for the attack in a garage in suburban Hulhumale’ in March.

Police have made total 10 arrests in connection to the case, including people involved in planning and executing the attack.

May 6 blast: Adhuham sentenced to 23 years in prison

May 6 blast: Adhuham to be sentenced on Tuesday