Kudagiri expected to open as picnic island in 6-8 months 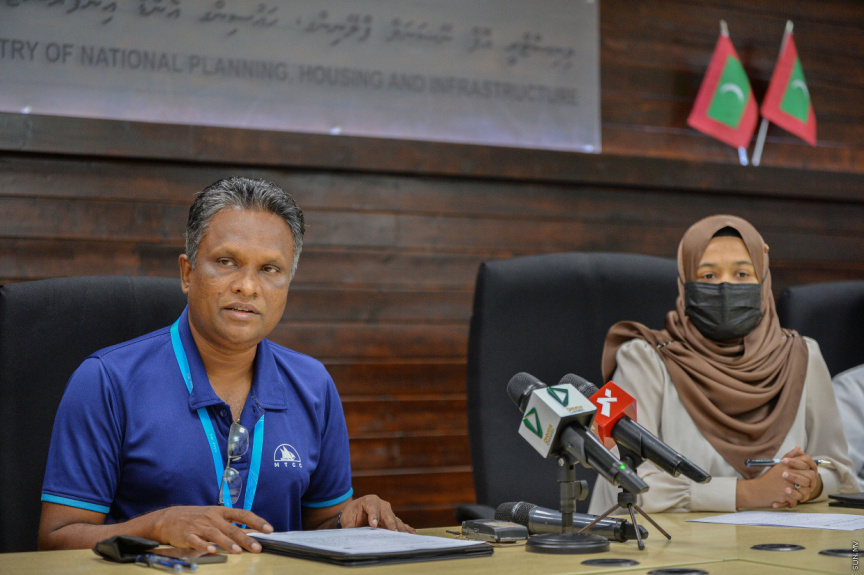 MTCC's Managing Director Adam Azim (L) speaks at the signing of the contract between MTCC and Planning Ministry to develop K. Kudagiri as a picnic island on September 1, 2021. (Sun Photo/Fayaz Moosa)

Maldives Transport and Contracting Company (MTCC)’s Managing Director Adam Azim said on Wednesday that K. Kudagiri will be developed and opened as a picnic island in the middle of next year.

He made the statement at the signing of the contract for the Kudagiri development project on Wednesday afternoon.

Following the signing of the contract, Azim said work on the project will begin this September, and the island will be open for picnic-goers within the next six to eight months.

“Work will begin this September, and arrangements for picnic-goers will be established within the next six to eight months,” he said.

Azim noted that Kudagiri is larger than K. Kudabandos – which had previously served as a picnic island in the region.

He also said that the current administration encourages speedy projects, motivating MTCC to increase the speed of its projects.

The Kudagiri project is valued at MVR 41 million.