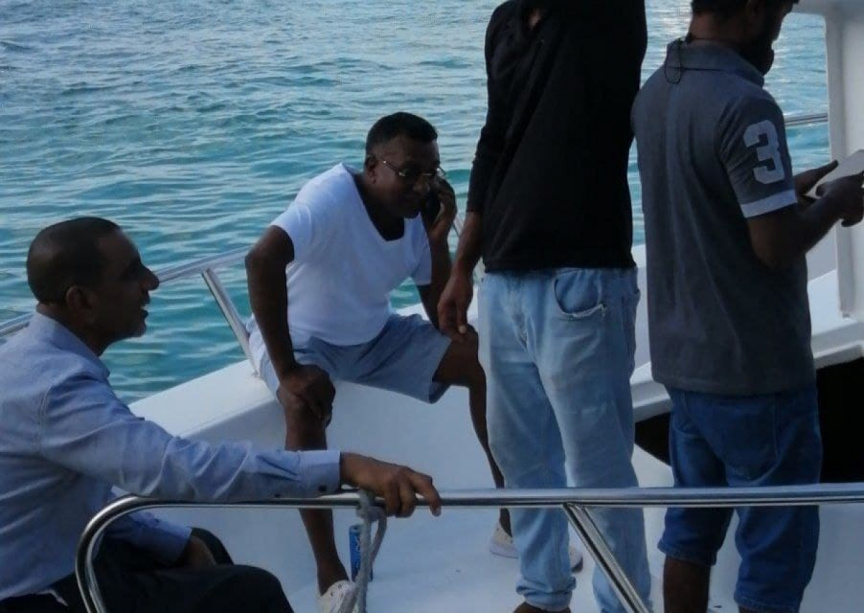 Kaashidhoo MP Abdulla Jabir was mobbed by a group of residents of AA. Mathiveri, upon his arrival to the island – earlier today.

“As far as I know, the mob was staged over a verbal attack that Jabir had directed at Mathiveri Council President. This was apparently an act of revenge over some audios sent to Council President from Jabir – by Mathiveri MDP members,” the resident had said.

Jabir is currently staying at Mathiveri Police Station – under the protection of the Police.

Confirming that they had been informed of an altercation between Jabir and some residents at Mathiveri – the Police noted that a case has been filed with them regarding the mob attack.

When questioned about the mob attack by Sun, Mathiveri Council President Ahmed Aslam stated that no such incident had taken place and that Jabir had not been harmed even a bit.

“No. Such an incident never occurred. We would never do such a thing,” he had said.

MP Jabir released after being brought to Civil Court

MP Jabir to develop resort at the sandbank in Mathiveri

Suspect arrested in connection to stabbing in Addu