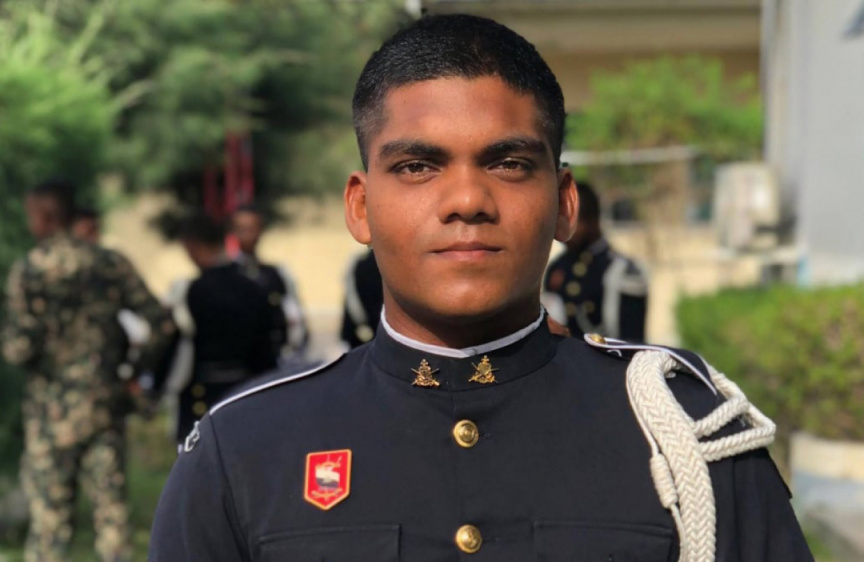 He was undergoing officer cadet training at the National Defense Acadamy (NDA) in Pune, India.

According to MNDF, Sultan died completing an endurance run at Camp Greenhorn on Saturday afternoon.

He collapsed during the run and was taken to the hospital on emergency at approximately 01:58 pm.

He was already deceased when taken to the hospital.

He was taking part in the 145th Officer Cadet Training Course at the Pune National Defense Academy. The course began on March 1 this year, and was scheduled to conclude on March 15, 2024.

Prior to traveling to India to undergo training, Sultan was serving at the Integrated Headquarters (J-1). He was promoted to the rank of Lance Corporal while undergoing training in India.

MNDF is making arrangements to transport his body to Maldives for burial.

MNDF to hold firework show in Hulhumale' for new year

IGMH to open flu clinic with increase in viral fever