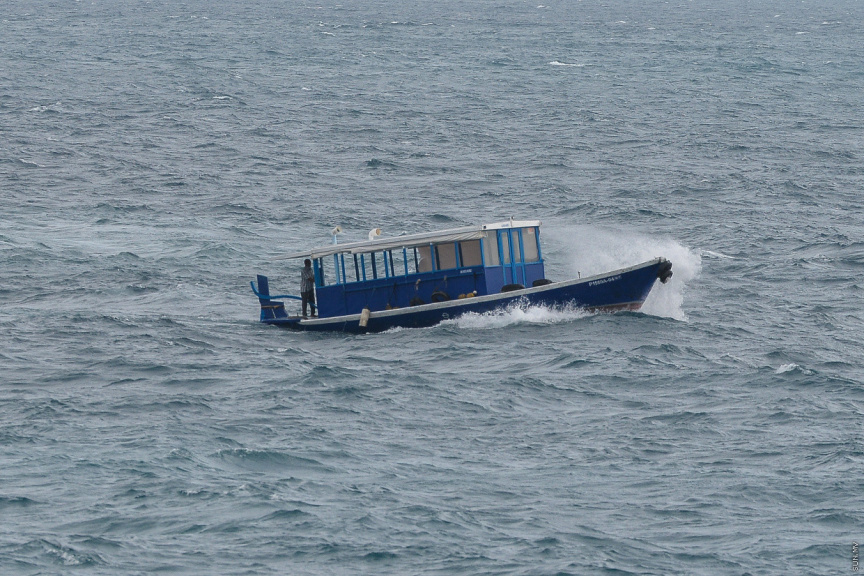 Authorities initiated a search and rescue operation on Monday, after a young man on a boat from Male’ City to B. Atoll fell overboard.

Police identified the person who fell overboard as a 22-year-old Maldivian male.

He fell overboard in the Kaashidhoo sea.

The incident was reported to the authorities at approximately 11:00 am Monday.

Police later said that the young man swam ashore to K. Kaashidhoo, and was unharmed in the incident.

This latest incident comes amid an increase in marine incidents as Maldives continues to experience heavy rain, strong winds and rough seas – some of which have resulted in fatalities. A 59-year-old man who was fishing on the jetty outside the local market in Male’ City died earlier on Monday, after he got thrown into the waters due to strong winds. And a 33-year-old woman died on Thursday, after getting thrown overboard while travelling to V. Fulidhoo. Her four-year-old son remains missing.

The Coastguard have advised seafarers against travel, unless absolutely necessary.

Cloth bags to be introduced at 10 islands