Salary increase for teachers and doctors included in 2022 budget 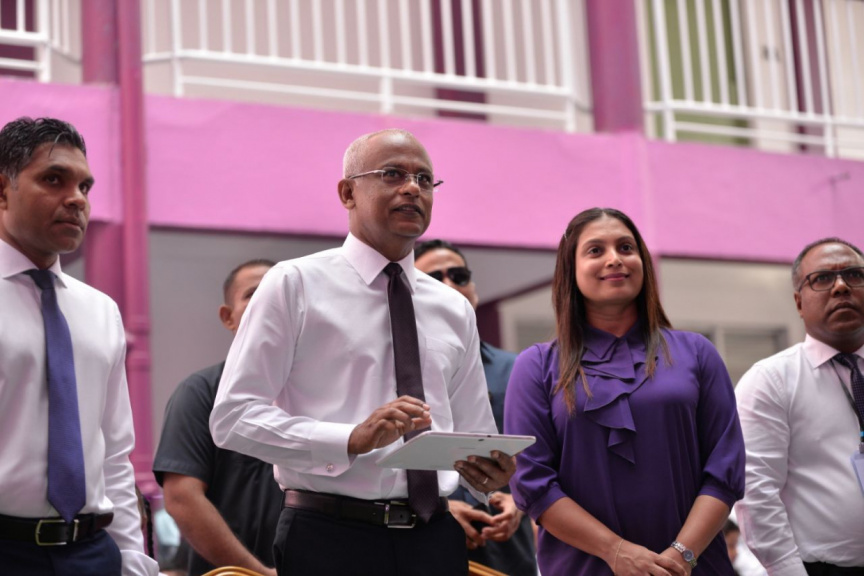 President Ibrahim Mohamed Solih has stated that increasing the salaries of education and health sector workers will be included in next year’s state budget.

President Solih had said this whilst answering a question posed by a concerned citizen during a meeting held with AA. Ukhulhas residents – as part of his ongoing trip to six islands in Alifu Alifu Atoll.

The question posed was regarding the difficulties faced in securing doctors for the health centre. In response, President Solih said that securing highly experienced and qualified doctors were difficult due to the fact that the salaries offered to them are low.

On this note, he detailed that specialist doctors are paid USD 3,000 in the Maldives – which is the lowest within this region itself.

“That is why we have no choice but to bring lesser qualified and experienced doctors to Maldives,” he added.

Speaking further, President Solih said that in doing the work pertaining to formulating next year’s state budget this week – it was decided that the salaries of doctors and teachers will be increased.

“It was discussed when finalizing the budget. Following the discussions – we decided to increase the salaries of doctors. Moreover, it was also decided that salaries of education sector workers will be increased,” he had said.

President Solih added that the details of the increased salaries will be announced later.

He is accompanied by a delegation of cabinet ministers and senior government officials during this trip.