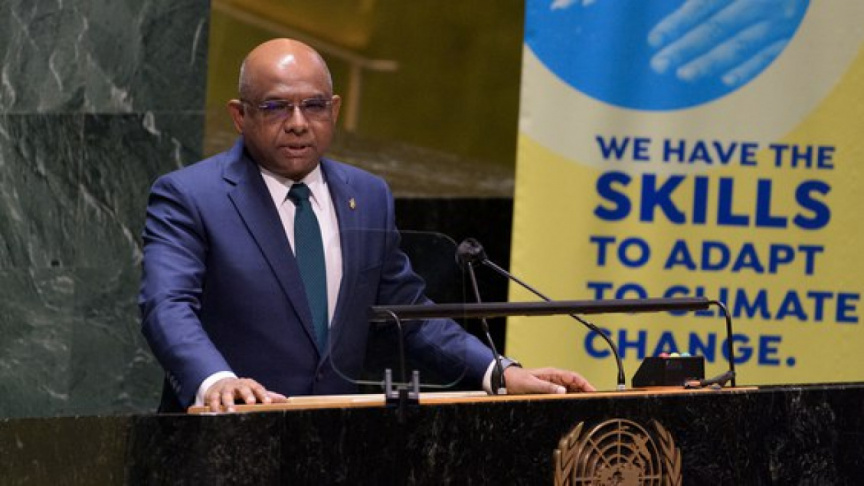 He made the statement in his opening remarks at the 'Delivering Climate Action – for People, Planet & Prosperity' high-level thematic debate on Tuesday.

Shahid said that while the impact of the COVID-19 cannot be ignored, climate change still remains the largest global threat.

“First, while we cannot ignore the impact of COVID-19, climate change still remains our largest global threat, and should remain our highest priority," he said.

Shahid said that there is no denying that the pandemic ate up resources that could have been used for climate action.

“But we have before us one of the largest and potentially the most transformational recoveries the world has ever undertaken. Let us make sure that all recovery funds are climate-friendly funds; that all recovery stimulus, is green and blue,” he said.

Shahid noted that the most vulnerable countries are struggling to meet their climate commitments, as they are simultaneously working to overcome the pandemic while being crucially held back by structural challenges.

He said that further extension of the debt service suspension initiative by one more year would tremendously benefit the cause of vulnerable countries.

Shahid said that the world needs a whole-of-society approach to tackling climate change, one that empowers young people, women, and all other stakeholders.